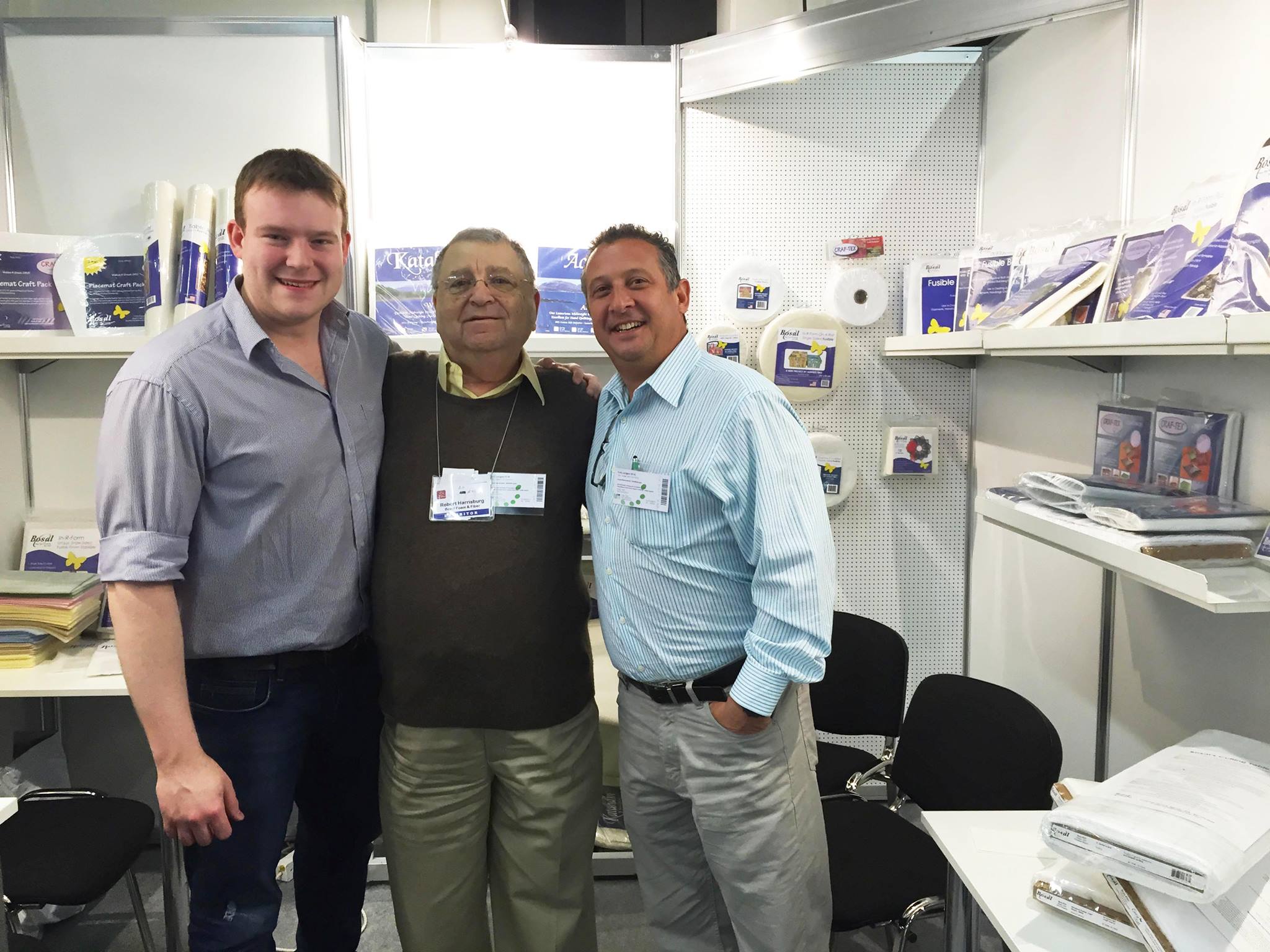 The terms, Bosal Waddings, Bosal Battings & Bosal In-R-Form, all of which are often shortened to just Bosal actually all stem from a Maine (US) based company called Bosal Foam & Fiber.

Bosal as we will call the company from now on – manufacture a wide range of quilting and sewing products with a focus on Waddings/Battings, Interfacings & Speciality Textiles (such as In-R-Form bag wadding).

Bosal started life in 1954 after Bob’s wife Saralee (or Mrs Harrisburg to 26 year old chaps like myself) suffering with allergies required an allergenic foam mattress. Bob tracked a few options down but was surprised by the high cost and realised he could make a better value version himself.

With that first project under his wing the rest as they say is history. Bosal was formed (forgive the pun) originally manufacturing foam and fibre products but branching out to add interfacings, speciality stiffening products and more to its range. Mum & I have had the pleasure of spending time with two of the key people at Bosal – Bob the founder and Rolando, Bosal’s Vice President. When I asked Mum how to summarise them both she instantly replied – ‘charming characters who are great company and are passionate about their product’.

It is crystal clear from Bosal’s continued success the team work incredibly hard. Innovation is still at its height with nothing displaying this better than the creation of the phenomenally popular In-R-Form Bag Wadding. It shot to popularity when Bosal spotted the rise of bag making and created a fantastic interlining which had so many superb attributes.

The pic was snapped at one of the events where Mum & I learnt more about the products (from left to right Charles, Bob & Rolando). Other than just products, it gave us chance to see Bosal was a similar company to us with family and friendship at its heart. Just off the shot was Bob’s daughter Gail who had flown in specially to spend time with her Dad & help on the stand! We are delighted to now stock the key Waddings / Battings from the Bosal Range. Katahdin, Arcadia & In-R-Form. Take a peek below for a brief run through of the varieties.

The Katahdin & Acadia Wadding names were specially selected by Bob. Head through to their pages for more info.

As part of the Empress – Bosal relationship we are also pleased to be adding their speciality interlinings (online very soon). Put simply Bosal produce some of the very best waddings available in the world today which is why we are so pleased to make them available to you.

While looking at various ranges we have been impressed by the overall quality and incredible consistency of the waddings they manufacture. As an extra touch of quality & care, Bosal Pre Shrink all their waddings for your convenience. This means you don’t have to pre wash the wadding before use and can concentrate on enjoying your project!

Perhaps what is the real marker of this is that when speaking with Bob & Rolando they are truly proud of the waddings they create.

As you know it is difficult to depict the quality of fabrics online and wadding is no different. We are sure you will be pleased with the quality and remember you can always Request A Sample Swatch.

It is early in the Empress & Bosal relationship. We have lots of their range in mind and will be adding new options from them in the not too distant future plus adding lots of info about the current range.

Register for the Empress E-Newsletter for updates and info!